What Happens If I Forget To List A Debt In My Bankruptcy Case? 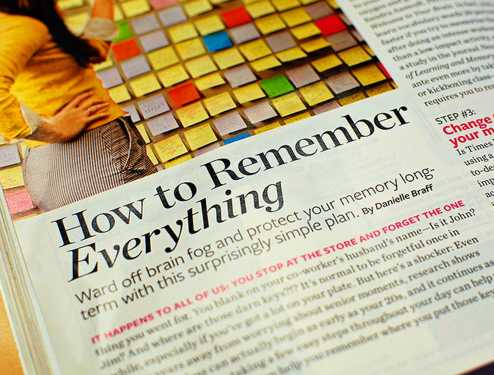 Is It A Problem To Forget To List A Bankruptcy Debt?

It is hard to remember everything.

In a bankruptcy case you are supposed to list all the people, or entities, to whom you owe money.

Even if you do not yet owe the money, but the underlying cause of the possible debt already occurred, it should be listed.

The reason for this is the ever popular “due process” concept we hold dear in this country.

so they have an opportunity to object or do whatever is needed to protect their rights.

Sometimes this is actually forgetfulness.

Other times they may not have even known the debt existed.

Regardless, there may be consequences if you fail to list a debt in bankruptcy.

It depends on which bankruptcy chapter was filed, where your case is filed, and other factors to be examined below.

While there is a duty to list all parties to whom a debt is owed, the failure to do so in most Chapter 7 cases is usually not a problem.

Boiled down to its basics, the court in Beezley determined that if there were no assets being disbursed to creditors, then it does not really matter whether the creditor received notice of the bankruptcy case in order for the debtor to receive a discharge if the debt would be dischargeable anyway.

Thus, there are two key elements for the Beezley holding to apply:

Trustees only administer (i.e. liquidate or sell) assets if they are not exempt.  Most Chapter 7 cases are filed with all assets exempted.  See more about exemptions.

Therefore, it is always best to list all your creditors–with proper addresses–on your bankruptcy schedules.

That way, even if it is a “no-asset Chapter 7” case, you will have finality when your case is completed and will not have to worry about unscheduled creditors popping up after your discharge is entered.

In Chapter 13, creditors must be given an opportunity to participate in the repayment plan that is being proposed.  The only way that can happen is if they receive proper notice of the bankruptcy filing.

If you omit a creditor in a Chapter 13 case, then that debt will most likely not be discharged after the case is completed.  Think of it like a Chapter 7 case  where there are assets being disbursed, because that’s really what it is.

In order to be paid in a Chapter 13, creditors must file a claim in the case.   If they do not know about the bankruptcy case, they cannot file a claim.

So fairness dictates that if they are not given that opportunity, their debt will not be discharged.

Should I Amend My Schedules To Add Omitted Creditors?

This really depends on the facts of your case.

If your case is a Chapter 7 where no assets are being disbursed, it is unnecessary.  But if the discovery is made while the case is still open, it is still a good idea to amend to add them.

In a Chapter 13 case, you should amend to add omitted creditors, but depending on when in the process that occurs,  they may or may not be included in the distribution and that will affect if they are discharged.

For example, if you are already 2 years into a 5 year repayment plan that is paying a certain percentage to unsecured creditors, and the Trustee has been making payments already to those creditors, then if you add a new creditor now, they are not going to receive the same amount as the other creditors.   There may be ways to equalize the payments to them and it would require a modification of the existing plan, but it is tricky and something an experienced bankruptcy attorney could advise you on.

What If I Realize A Debt Was Omitted After My Bankruptcy Case Is Closed?

It would be unusual to need to reopen a bankruptcy case to add an omitted creditor.

In a Chapter 13 case it would accomplish nothing, because it’s simply too late.

The only time I can think it would be necessary is in a Chapter 7 case if you filed in a jurisdiction that does NOT follow the Beezley (or similar) case mentioned above.

As with all things in this area, having an experienced bankruptcy attorney representing you will enable you to take the proper action under the circumstances.