What Happens When You Ignore Debt Collectors 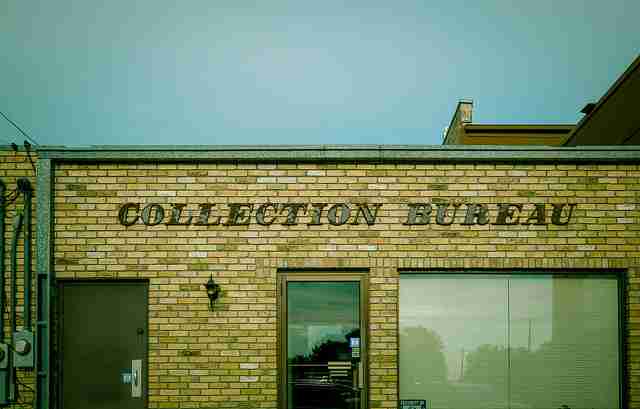 Ignoring Debt Collectors Can Be Detrimental To Your Health

Do not ignore your debts–even if you think they are gone or “charged off”.

This article shows a prime reason why you should explore all options to resolve your debts.   Whether through bankruptcy or otherwise, it is important to do so even if you think the debts are gone.

Judgment Creditors Can Seize Your Bank Account Without Further Notice

Most know when a debt is being pursued by a collector.

The constant phone calls, bills, threatening letters, and eventually getting served with a lawsuit, make it hard to ignore.

But what about debts you thought were gone and have not tried to collect for years?

John (not his real name) had a bunch of old credit card and medical debts.

The debts were many years old and he had not heard from any of them, nor made any payments, in years.

In fact, most of the debts were past the statute of limitations for collections (4 years in California).

So what did John do?  Nothing.

He did not negotiate a settlement, did not file bankruptcy, or most importantly, he did not have a consultation with a bankruptcy attorney or other financial professional regarding his options.

And that is a common response.

At the time John defaulted on his payments, he had no assets.  No house, just a beat up car and about $40 in his bank account.

The problem is that one of John’s credit card companies sued him and obtained a judgment against him many years ago.

For years they remained dormant, not doing taking any collection actions.

Then one day, after over 6 years, Surprise!   They lawfully seized over $20,000 sitting in John’s bank account.

It was all the money he had in the world, and he had saved it up over time to use to start a business.

And now it was gone.

John could easily have qualified to file a bankruptcy case years ago and eliminated all this debt.

And he could have started rebuilding his credit then, even faster than had he not filed.

Now the creditor has been mostly paid, and John has simply forked over money he did not need to pay.

How Creditors Can Get a Judgment Without You Knowing

Typically when someone sues you, you get “served” with the lawsuit papers personally.

When that happens, you are aware there is a lawsuit.

However, many times you can be served without ever knowing it.

When a process server is unable to locate you and personally hand the papers to you, they can do “substitute service” by simply publishing notice of the lawsuit in a local newspaper which nobody will read.

If you are someone who has moved a lot, or has tried to evade service, it is likely that the lawsuit proceeded without you knowing it.

And if the lawsuit is filed and you do not respond, the party who filed the suit can get a “default” judgment against you, which is legally the same as a judgment entered after a trial.

How Long Are Judgments Valid?

In California a judgment is enforceable for ten years after entry of the Judgment.

And they are renewable.

Yes, that’s right.  All the creditor has to do is file a simple document renewing the Judgment, and they can continue trying to collect for another ten years.

So these debts which John thought were long gone were always there.

How Do I Find Out If I’ve Been Sued?

There is no one database that can be used to find out since it depends on where the lawsuit was filed, and in which court.

The lawsuits are supposed to be filed where you were living (or where your address with the creditor says you are living).

You can search the court’s website in the appropriate county or city for your name and see what it shows.  In California this would be the Superior Court website.

The searches may be free, or there may be a small charge.  But if you have ever had debts which you never paid, it is worthwhile to take a look.

How A Bankruptcy Consult Would Have Helped

Bankruptcy would have likely eliminated all of John’s debts and he could have rebuilt his credit in the time that passed since he stopped paying on his debts.  At that time he would easily have qualified (no assets, low income) for a Chapter 7 case.

As always, if you have debts, have a consultation with an experienced bankruptcy attorney to review your options.

It is not always required to file bankruptcy, but at least you will learn about available resolutions for your debt issues.

Sticking your head in the sand, ignoring the debts, and hoping they just “go away” is not wise and can end up costing you a lot, as poor John learned the hard way.