Bankruptcy: Freedom and Relief From Debts? 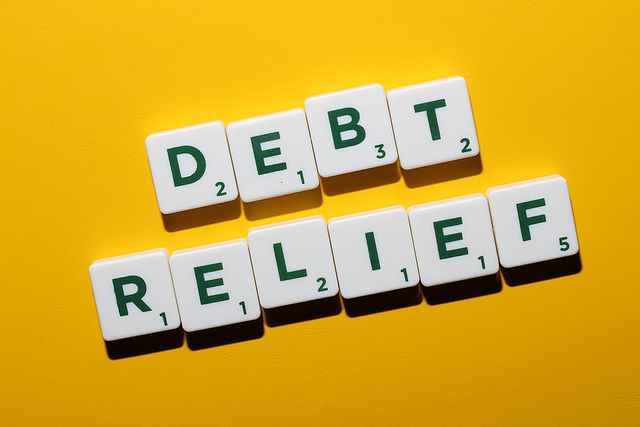 Is Bankruptcy The Best Solution For Debt Relief?

Bankruptcy is not always the best solution for your financial problems.

But often it is.

Yet it is usually (and unnecessarily) the absolute last resort for people with debt problems.

Most of my clients come to me after they have spent thousands of dollars on debt consolidation programs that did not deliver on what they promised and/or unnecessarily borrowing money to pay on existing debts (including taking high interest payday loans).

They do this in a good faith attempt to pay their debts.

And that’s a good thing for which they should be commended.

But is it smart?

Probably not, but the real sad part is that most do not even educate themselves on their bankruptcy options, and the pros and cons, before deciding on a different path.

And that is a BIG problem.

It’s like deciding on 3 different options for prostate cancer treatment:  Radiation, Surgery or Chemotherapy and not learning about one or two of those options.

Would you just choose one of those options without learning about all three?  Of course not!

I’m not saying your financial problems are the same as having Cancer, but they are serious, and should be taken seriously.

How Most People Seek Freedom And Relief From Their Debts

Here’s the typical timeline for a person with high credit card debts, for example:

I submit that people are doing this all in the completely wrong order.

Nearly all clients I have tell me they wish they had come to me sooner.

And in nearly all cases, had they done so, they could have saved themselves a LOT of money.  Often upwards of $10,000 or so.

Let’s take a look at the above timeline options and their problems:

This is usually a bad idea under any circumstance.

I get it.  You’re trying to tread water until you get more money–

You don’t want your credit score to take a hit, so you must stay current with payments at all costs!

But here’s the reality:  Most people who do this for more than one pay period never catch up.

And at some point, this becomes actual fraud because you are borrowing money without the intent or reasonable expectation to repay it.

And you cannot eliminate debts incurred via fraud in bankruptcy.

As far as your credit score goes, you may be able to keep your score up for a while, but it will start to go down eventually.

It will go down just by having too much debt, even if you are current with payments.

But miss a payment or two, and watch it plummet.

In my experience, it’s not a question of if you will default on payments, but when.

Taking this approach is usually delaying the inevitable.

Borrowing Money To Pay Your Debts

This makes about as much sense as getting water to keep you from drowning.

True you can probably get a much lower interest rate from friends and family, but what is it going to do to your relationship if you are unable to repay?  And how will it affect them?

Others will take out payday loan advances against their paychecks at astronomical interest rates.  I have seen people take out a relatively small $750 payday loan on which they pay several hundred dollars per month  and never pay off the principal!

Borrowing to pay your debts is really not a good idea.

[pullquote]Should You Do Debt Consolidation, Settlement, or Bankruptcy [/pullquote]

Debt relief companies often prey on your vulnerable state and promise you the world, and I have yet in 26 years of practice had one person tell me they had success or a good experience with one.

They promise you freedom and relief from your debts!

How?  Well you pay them thousands of dollars and they hold it and then try to negotiate with your creditors.  Or perhaps they partially pay off one creditor, but not the rest.

I kid you not, I have at least one or two client consultations each month where I’m told they have given upwards of $10,000 to these debt relief freedom companies and still owe their debts, and are now being sued.

They could have filed a bankruptcy case and eliminated the debts once and for all, for sure, for about 1/4 of that cost.

And for those that somehow are “successful” with debt consolidation or similar programs, they learn that they will have to pay taxes on the debts which are “cancelled” through the program, because the IRS treats that as income.

Nice, huh?  That doesn’t happen in bankruptcy because there is an exception carved out for tax treatment of debts discharged in bankruptcy.

But nobody wants to file bankruptcy.

Why file bankruptcy now when you can give your money away to freedom debt fighters instead, with no guarantee of success?

What is truly disturbing about this is these clients did not even know what their bankruptcy options were, or what the pros and cons of filing bankruptcy were.

They did not have the information with which to compare bankruptcy to other debt relief options, so they chose in the dark.

Talk To A Bankruptcy Attorney About Debt Relief

“I wish I’d come to you sooner” is the most common sentence I hear from people seeking my help–after I explain to them they could have avoided paying out thousands of dollars unnecessarily, or I could have protected money they had which is now gone.

It’s sad, really, that society has placed such a stigma on a service that is provided for in The Constitution and for which laws are designed to assist you when you need help with debt problems.

Why would you not avail yourself of laws designed to protect you?

Or at least learn about your options.

If you take away nothing else from this article, it should be that knowledge is power.

Learn about all your options before deciding which is best for you, and which are not.