How Donald Trump Was Right About Bankruptcy 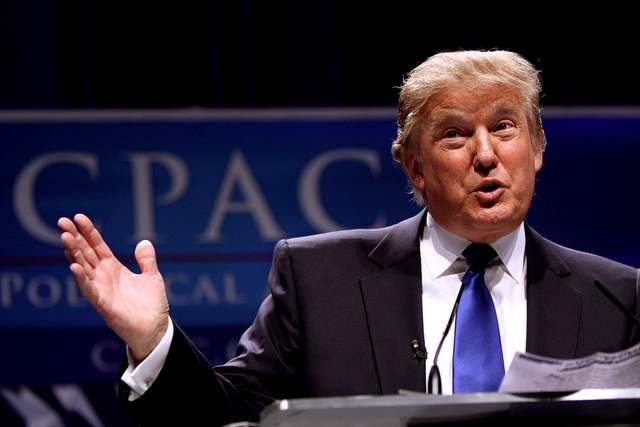 Everyone likes to make fun of Donald Trump.  Myself included*.

One of the “jabs” detractors repeatedly throw at him is that he filed bankruptcy.

They intend to imply that since he filed bankruptcy, he’s therefore unfit to lead, or run a business, or pretty much do anything.

This is wrong for a number of reasons:

Trump himself has steadily maintained that “I have used the laws of this country … the [bankruptcy] chapter laws, to do a great job for my company, for myself, for my employees, for my family,” he said during the first Republican presidential debate on August 6, 2015.

I can’t vouch for whether he’s done a great job for his family or employees, but filing bankruptcy for his corporations may indeed have been the right thing to do.

According to CNN.COM, four of his corporations have filed for Chapter 11 reorganization.

CNN takes the position that this is excessive.

There are a lot of factors that can cause a bankruptcy filing.  They can include mismanagement in a business setting, but it’s not always the fault of management.  Things happen.  Just like unexpected medical bills happen to individuals, unexpected things happen in business.

It can clearly be mismanagement NOT to file a bankruptcy case when it is warranted.

Filing Bankruptcy Is A Positive, Responsible Step To Take When Necessary

As they do to Donald Trump, people hurl the word bankruptcy around as if it should result in deep shame and regret.

As if you just committed some crime, like murder or theft.

But it is not a crime.  In fact it is very legal.  And very beneficial.

It would be ludicrous not to utilize a law that is available to you, either as a business or as an individual.

For example, many states have laws that allow for a “cooling off” period after purchasing something, like a vehicle.  You are allowed to cancel the contract within a certain number of hours after the sale (usually 48-72 hours).

If you changed your mind about a vehicle purchase, would you not use the law that allows you to return the vehicle without penalty?

Of course you would.

And if you did it, you wouldn’t describe yourself as a bad person or bad with business.

If you have bad hair like Mr. Trump, you might get skewered for that, but not for taking advantage of the law.

Balancing The Needs Of the Bankrupt With Those Owed Money

Bankruptcy is a balancing act–it balances the debtor’s need to be alleviated from debt burdens with the creditor’s right to be paid.

Our country learned long ago that jailing debtors for not paying their debts didn’t help anyone.  It removed a productive member of society, and the creditors still didn’t get anything.

Bankruptcy, by contrast, is a win-win:  The debtor gets rid of debts which are deemed to be dischargeable under the Bankruptcy Code, and the creditors get paid as much as the debtor has to legally pay.

Especially for business, this encourages innovation and appropriate risk-taking.  Without a bankruptcy safety net, it’s unlikely that most modern conveniences would ever have been invented.

Of course there are “costs” to both sides–the creditors may get somewhat less than they otherwise would over time outside of bankruptcy, but the debtor in bankruptcy has to pay for the bankruptcy and must give up any non-exempt assets.  And if the debtor has sufficient income, he must make some payments on the debts.

If you cannot afford to pay your debts, bankruptcy allows you to move on with a fresh start.

At its core, the concept is simple:

Your creditors get paid the value of whatever non-exempt assets you have, and you no longer have to pay your debts (except for ones that are determined to be non-dischargeable).

Exemptions Protect Your Assets In Bankruptcy

What are exempt assets?  These are items you own for which there is an applicable state or federal law protecting the value in those assets from being taken by the creditors or a bankruptcy trustee.

See more on exemptions and how to determine which state’s or federal laws would apply in your case.

Payment amounts are determined by a number of factors, one of which of course is the debtor’s budget, using actual income and subtracting certain allowed living expenses.

Another factor is the value of assets and amount of exemptions because in a Chapter 11 or Chapter 13 case, the debtor must pay to creditors at least as much as they would receive in a Chapter 7 case.  Thus, Chapter 13 or 11 are means for a debtor with a lot of non-exempt assets to avoid losing those assets and still receive a discharge of a portion of their debts.

There’s obviously a lot more requirements and details about each Chapter, but those are the basics.

Bankruptcy laws are designed so that everyone benefits–both the debtors and the creditors, and society as a whole.

So if Donald Trump took his corporations into bankruptcy, it was most likely done because that’s what made the most business sense to maximize the payout to everyone and minimize the costs to the corporation.

It’s what bankruptcy is for.

*This article is not intended to take any position on Mr. Trump’s politics or policies.

**This is a summary overview of the concept of filing bankruptcy.  The actual process of determining eligibility to file and doing the actual filing and obtaining a discharge is far more complicated.