To Discharge Taxes in Bankruptcy, File Tax Returns On Time 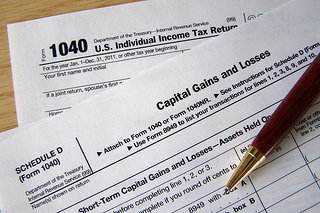 ALWAYS FILE YOUR TAX RETURNS ON TIME, even if you cannot pay the taxes you owe.

Those of you who read my posts know that certain tax debts are dischargeable in bankruptcy.

The basic (but definitely not all) requirements for discharge of income taxes are:

Definition:  A tax return is late if it is filed after the initial due date (usually April 15 following the tax year in question); or, if you obtained an extension, it is late if filed after October 15 of that year.

People sometimes decide not to file their tax returns on time, often for several tax years.

The main reason I hear is that they conclude that if they can’t afford to pay the taxes they owe, they simply will delay having to do so by not filing the require tax return.

First, as you will see below, failing to file your return does not stop the IRS or State from assessing a tax that you will have to pay.

It does not stop penalties or interest from accruing on what you owe.

It does not stop the taxing agency from taking collection actions against.

The legal obligation to file your tax return is separate and in addition to the requirement to pay the taxes that you owe.

This has a lot of implications, including the ability to eventually discharge those taxes in a bankruptcy case.

What Happens When You File Tax Returns Late

When you file your tax return late, eventually the IRS or state taxing authority will file your return for you, called a “substitute tax return”, and they will estimate the tax they think you owe.

Historically when that occurred, as long as you eventually filed your returns and then waited 2 years to file bankruptcy and met all the other requirements at that time, you could discharge (eliminate) those taxes.

But in 2005 Congress added a very poorly worded “hanging paragraph” into the Bankruptcy Code which has spawned a host of judicial decisions dealing with late filed tax returns.

These court opinions have led to a bunch of different results depending on when you actually filed your tax returns.

Here are the basic scenarios:

Different courts have allowed discharge of the taxes under each of the above scenarios.

The majority of them allow discharge under #1 above, while less allow under #2 and #3.

Unfortunately now there is a growing trend of appellate court decisions which have held that if your tax return is filed late, then it can NEVER be discharged, regardless of when you filed the return.

What is particularly interesting about these decisions is that even the IRS doesn’t agree with them.

That’s correct–the IRS is more lenient in its position than the bankruptcy courts on this issue.

The IRS’ position is that as long as the return is filed before assessment of the tax (and there is no way to know when the tax is going to be assessed), then it can be discharged if the other requirements are met.

Unfortunately, the IRS doesn’t determine how to interpret bankruptcy law.

However, the IRS can treat a tax as discharged even though the bankruptcy law doesn’t make it so.  And that is what has been happening in many cases.

But why risk it?

Until the U.S. Supreme Court decides to rule on this issue, it will be a guessing game as to whether you can discharge a tax with a late filed return.

What To Do If You Owe Taxes

ALWAYS FILE YOUR TAX RETURNS ON TIME, even if you cannot pay the taxes you owe.

Failure to do so can eliminate options you have down the road.

There are things you can do to deal with the tax debt if you can’t pay it all now.

Even if you cannot pay anything when you file your returns at least you start the clock running on being able to eventually discharge your taxes in bankruptcy.