Why You Should Not Wait Too Long To File Bankruptcy 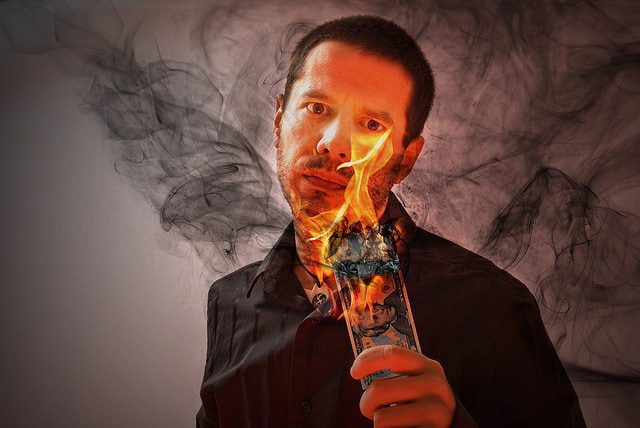 My typical bankruptcy client exhausts every possible alternative before contacting me to discuss bankruptcy.

After the initial consultation they almost always say they wish they had contacted me sooner.

Do You Have a Financial Exit Strategy?

When our military commits to another country to fight, there is always the question of our exit strategy.  Do we have one? (unfortunately, often not)

A successful exit strategy in bankruptcy comes in part from not depleting all your assets before filing.

Don’t mistake me, it is GOOD to try to pay your debts, and if that means eating out less and cutting other expenses that’s to be applauded.

BUT there comes a time when it’s important to cut your losses and protect your future.

What do I mean?

You need to position yourself so that you aren’t destitute by the time you file bankruptcy or, if you don’t file bankruptcy, after you complete whatever debt resolution program you choose.

There is no reason to feel guilty about taking advantage of laws that are here to protect you.

What Bankruptcy Can and Cannot Do

Bankruptcy can do a number of powerful things.

What Happens When You Try Too Hard to Pay Your Debts

When Ann (not her real name) came to me she told me a story I’ve heard hundreds of times in different versions from my clients over the years.

By the time she got to me, she only had the cat.

And the cat was pissed.

Ann explained how she struggled valiantly to try to pay her debts.  She lost her job, and was unable to regain employment anywhere near her previous salary.

Because that’s what she thought she should do.

She first depleted her personal savings, then her 401k.  Then she borrowed some money from friends and family.

She kept thinking she’d get a better job with more money.

She couldn’t make her car payments, so her vehicle got repossessed.

Then she contacted me.  Probably two years later than she should have.

Why do I say that?

What Should Have Happened

Ann was simply burning money, like the Monopoly guy lighting his cigar with a hundred dollar bill.  Except Ann could not afford to do that.

Here’s what would have happened had Ann contacted me two years ago about her financial problems and we had filed bankruptcy when it was optimal:

Either way, Ann could have eliminated her dischargeable debts but, if she had contacted me and filed bankruptcy sooner, she could be starting fresh now with her 401k intact and $25,000 to help her pay her living expenses and re-establish her credit.

She would have had a head start on her fresh start, instead of literally wasting tens of thousands of dollars and leaving her in a position where she needed to borrow from friends and family to survive and pay her attorney’s fees.

Image Courtesy of B Rosen