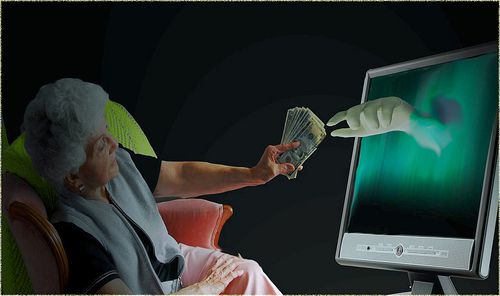 There can be serious consequences for repaying relatives before filing a bankruptcy.

If you repay your relatives before filing bankruptcy, they may be forced to return that money to the bankruptcy trustee.

Timing is everything, so they say, in comedy and believe it or not, in bankruptcy.

Many who get down on their luck borrow from family and friends in order to survive and, often, to attempt to stay current on their debts.

While the goal is laudable, this path is often a bad one.

First, if it is truly a loan, then you are merely trading one debt for another.  True, the debt to relatives may be at a low (or no) interest, but usually you are postponing the inevitable.

But that isn’t what I wanted to write about today.

A common mistake people make is repaying their relatives ahead of their other creditors.    This is known as a “preferential payment” in bankruptcy parlance.

If a bankruptcy is filed within one year after repayment of a debt to a relative, or other “insider”, the bankruptcy trustee in a Chapter 7 case can sue the relative to recover the amounts repaid in that one year period. (for non-relatives, such as friends, the period is up to 90 days prior to the bankruptcy filing).

Why not just wait a year after the last repayment and then file the bankruptcy?

Because sometimes it becomes necessary to file a bankruptcy case sooner, for example if wages are being garnished, bank accounts being seized, or by virtue of a lawsuit, the threat of a lien being placed against one’s home arises.

I have a client now who needs to file a Chapter 7 case.

He supports a family of 6.

He has the IRS breathing down his neck and they are about to start garnishing his wages.    I did the analysis and made sure he qualified for Chapter 7.

Then he disclosed to me that he has been repaying his mother $1,500 per month for the past couple of years because she lent him a bunch of money to help him out, and still owes her a substantial amount.

He is now in the uncomfortable position of determining which is more important to him:  Saving himself by filing the Chapter 7 case, or saving his mom from having to pay back approximately $18,000 to a bankruptcy trustee.

What’s more galling about this whole chain of events is this client had consulted with a bankruptcy attorney before and knew he was eventually going to file bankruptcy, and he wanted to get mom as much money as he could before he filed.   Big Mistake.

You Can Repay Anyone You Want AFTER Bankruptcy

I think one thing that leads people to make this mistake is they somehow think that if they don’t pay back their relatives and friends before they file bankruptcy, they won’t be able to after.

No one in the history of mankind has ever prevented someone from voluntarily repaying a debt.

The bankruptcy discharge merely eliminates the legal obligation to pay on a debt;  it doesn’t prevent the debtor from repaying the debt.

File Bankruptcy Sooner Rather Than Later

Aside from the above examples, another frequent scenario I see is clients who were unemployed for a long time, then wait until after they’ve got a nice paying job to see me about filing bankruptcy.  Usually at that point they earn too much for Chapter 7, and need to do a Chapter 13 instead, which is fine but more expensive in the long run.

It is important to look into your options when you first see the possible need to file bankruptcy.  Have a consultation with a qualified bankruptcy attorney and get advice on what you should or shouldn’t do if you are going to wait to file.

Pay Mom back after you file.  And be sure you read this article before repaying any relatives.