Why You Should Not Represent Yourself For Free in Bankruptcy 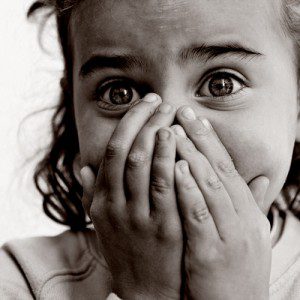 For those of you who still think there’s little risk to representing yourself in a bankruptcy case or that it is too expensive to hire a competent attorney, you may want to reconsider your position.

Today’s sad story comes from a lady who wanted my help to file a Chapter 13 case for her to stop two pending lawsuits from getting judgments against her and liens against her home which has $300,000 of equity.

Normally, this would be no problem, but because of the equity in her property, she would have to pay 100% of these lawsuit debts (totaling about $150,000) over the 60 month course of her Chapter 13 plan, which she can’t afford to do.

Thus, I had to turn her away.

Chapter 13 Rules Must Be Followed

Her story started about a year ago when she decided to file a prior Chapter 13 case to stop a pending foreclosure sale and represent herself.

At the time, one of the above lawsuits had already been filed against her.

As often happens, she did not follow all of the rules and procedures of Chapter 13 and her case got dismissed without receiving a discharge of her debts.  (See my article on the success rate of bankruptcy cases filed without an attorney)

That’s when things got even worse.

She just assumed that the creditor who filed the lawsuit against her had their case dismissed along with her Chapter 13 (don’t ask me how she reached that conclusion).

Thus, she did nothing to oppose that state court action, and now they are getting a default judgment against her.

Too Much Equity May Mean 100% Repayment Required

Somehow she got the help of a former employer who owed her money, who simply paid off her mortgage loan for her (I suspect she also never listed this asset on her bankruptcy papers, but that’s another story).  While this was a very nice gesture by her former employer, this action created more equity in her property than she has exemptions (protections) for and, consequently, now has sufficient assets to pay 100% of her debts.

One of the rules of Chapter 13 is that your creditors must receive as much as they would receive in a Chapter 7 case if all non-exempt assets were liquidated.

So now she would have to pay off approximately $150,000 in 60 months; this is not something she can afford.

A Bankruptcy Attorney Would Have Prevented This From Happening

If she had competent legal representation by an experienced bankruptcy attorney in her original Chapter 13 case, she could have cured the past due amounts on her mortgage through her Chapter 13 plan, and discharged the debts owed to these lawsuit creditors by paying whatever monthly payment she could afford to pay at that time, which literally could have been zero percent if all her funds were going to catch up on the mortgage payments.

Instead, she now has to try to settle with them and pay a substantial chunk of what is owed, and the only source of funds she has to do that is her home, which she will now likely lose.

Completely avoidable.   And that is sad.