Why You Need To Research Your Bankruptcy Attorney Before Hiring 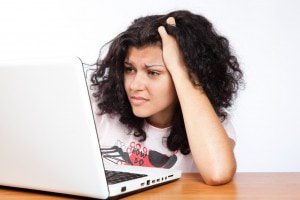 Are You Responsible for Your Bankruptcy Attorney’s Mistakes?

I just finished a consultation with a gentleman regarding his bankruptcy options.  The story he gave me is one I hear often:

It turns out the attorney he hired was not even licensed to practice law, and is now (2 years later) in jail.

He told me about the multiple court hearings he went to where the judge kept asking questions the attorney couldn’t answer, asking for documents the attorney didn’t file in time, giving him second, third, fourth, fifth chances to comply, and ultimately his case was dismissed with a 180-day prohibition on refiling.

The Buck Stops With You!

My first response to this was to tell him that I’m sorry this happened, and that it wasn’t his fault that he hired a bad attorney.

And then he said something that surprised me.  He said “I am sure I lost the judge’s respect by hiring this attorney to represent me.”   He said further, “I disrespected the court by using that attorney.  He was recommended by a friend and I should have researched him first.  The Buck Stops With Me.”

After I considered what the client had said, I realized how much truth there was to it, but it’s something VERY RARE for a client to take the responsibility.

Your attorney is your representative in the legal system.  In bankruptcy and other civil (not criminal) courts, YOU choose your attorney; they are not appointed.   That is both a benefit and a serious responsibility.

Courts (whether in bankruptcy or elsewhere) are not going to give you special assistance or favorable rulings because you hired a bad lawyer.

In Bankruptcy, there are literally thousands of ways a case can get screwed up.

I’ve already written about the things to look for when hiring a bankruptcy attorney and the dangers of hiring low cost bankruptcy attorneys, so I won’t repeat that information here.  Suffice it to say that even in a “simple” bankruptcy case, having a quality, experienced lawyer can make a huge difference.

Caveat Emptor: You Need to Research Your Attorney

Hiring a bankruptcy lawyer is just as much a “buyer beware” scenario as buying a car, or house, or anything else.  Perhaps even more so.  It used to be far more difficult to research the quality of an attorney, but with the internet, it is quite easy now (see the above articles for more information), but you need to know what to look for.

You can check state bar records to see if any complaints have been filed, as well as organizations such as the Better Business Bureau.  You can see (or ask to see) client testimonials.  You can see if they are certified as a specialist.  You can see what professional organizations they belong to.  Have they written (not had someone else write, but themselves) on bankruptcy-related topics (such as in a blog) that shows their expertise?  And so on.

Do you Want Your Bankruptcy Case to Succeed or Not?

Do your homework before you hire an attorney.  Don’t just pick the cheapest attorney you can find, or the one your friend recommended, or anyone else without fully researching them.

For some reason people just assume that all attorneys are created equal.  They are not.  Neither are doctors, accountants, nor anyone else.  People spend more time researching which mechanic to take their car to than on which attorney to hire to handle their financial problems.

When you’re contemplating bankruptcy, it is not a good time to be throwing caution to the wind and praying you get lucky with a quality attorney.

I don’t want to see any more people coming into my office with sad stories of how their attorneys messed things up and telling me they wish they’d come to me first.   I really don’t.  I’d much rather get their business in the first place, instead of being limited as to what I can accomplish for them because of someone else’s mistakes.