For How Long Can a Trustee Take My Assets in a Chapter 7 Bankruptcy? 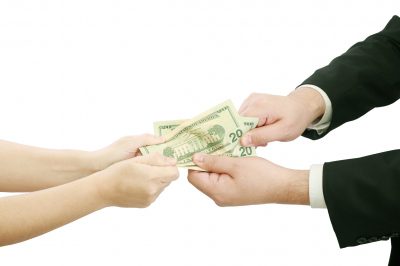 Chapter 7 Trustee Can Take Assets Until They Are Formally “Abandoned”

A nice lady in California asked me a question.   She was in a bankruptcy case, I assume a Chapter 7.   She received her discharge of debts over three years ago.    Now suddenly the bankruptcy trustee has stepped back in and demanded that certain payments owed to her from her ex-husband– pursuant to a divorce settlement– be paid to the Trustee.

Imagine her surprise!  How did this happen?

Trustee Wants Money Owed By My Ex Long After My Discharge

In the above woman’s case, long before filing her bankruptcy case she had an agreement as part of her divorce decree that her ex-husband was going to repay her for a loan she made to him during the marriage, but he didn’t need to start repaying it until 6 years later.

Two years after she made that agreement, she filed a Chapter 7 bankruptcy case.

That was money she was counting on!

Her confusion stems from a fundamental and common misunderstanding of how the bankruptcy process works.

The Bankruptcy Estate and Your Assets

When one files a bankruptcy case, an estate is created which consists of, among other things, any and all assets and property owned by the debtor filing the bankruptcy case.

It also includes any assets or property which the debtor has a future right to or interest in.

Thus, assets include common things such as real estate, vehicles, money in bank accounts, clothing, jewelry, as well as the rights to receive things like loan repayments, potential claims (right to sue) against someone, interests in corporations/partnerships, and so forth.

In a Chapter 7 case, all those assets belong to the Trustee on the date your case is filed.

The Trustee gets to keep and sell, pursue, or liquidate for the benefit of the creditors in the case any and all of those assets unless the person filing the bankruptcy properly exempts  them.

How much one can exempt in assets varies from state to state and depends on which state’s exemption laws apply in your case, which depends on where you resided for the 2+ years prior to filing the bankruptcy.  See more on how to determine which state’s exemption laws apply.   (Chapter 13 and Chapter 11 are somewhat different in that the debtor remains “in possession” and ownership of their assets, but the value of the assets in part determines the amount which must be repaid to creditors).

In the case of our confused California lady, I assume that she did NOT exempt the rights to receive her loan repayment from her ex-husband, most likely because the applicable state exemption law did not allow for it, or she was not represented by a competent bankruptcy attorney.

Can A Trustee Hold a Case Open Indefinitely Waiting For Assets?

No, not indefinitely, but if they are pursuing assets, a Trustee can keep it open as long as necessary.

And if the asset in question was not disclosed in the bankruptcy filing, there is no time limit in which the Trustee can seek to reopen the bankruptcy case to administer that asset.

There are limits, but in the Tennessee woman’s case above, there was a definite starting date for the loan repayment (albeit 3 years after the bankruptcy case was filed) and the rights to receive those payments existed prior to the Chapter 7 case being filed, so the Trustee was well within their rights to wait for the payments to begin, and take them directly from the ex-husband.

The key point here is that this asset–the right to receive payments from the ex-husband–existed on the date the bankruptcy case was filed.

A trustee can also wait to see if property values increase after a bankruptcy case is filed, such as for real estate, to see if equity is created above any exemptions.  As a practical matter, most Trustees will file paperwork (known as a “no asset report”)  stating they have no interest in any of the assets if they don’t believe there will be sufficient value, even after waiting, to benefit the creditors.