Deciding To File Bankruptcy: The Economics Of Your Options 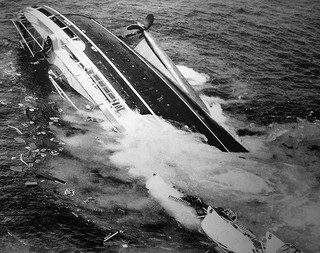 Do you know what a “sunk cost” is?  If you don’t, you could be making financial decisions, both inside and outside of bankruptcy, using factors that could literally sink you financially.

A sunk cost is an economic term which basically means a past cost you’ve already incurred for something.  Some examples of sunk costs include the down payment you paid for your house or car, money you paid for advertising for your business, or money you’ve stuck in the slot machines at a casino without any return.

Sunk Costs Should Not Factor Into Future Decision Making

Modern economic theory is fairly clear on the notion that sunk costs should not factor into any future decisions a rational person would make.   This is a very simple, but very important concept to understand for everyone, including my bankruptcy clients.

Sunk Costs and Keeping Your House

How does this work?  Take the common situation of a homeowner who made an $80,000 down payment on a $500,000 home.    Presently, the home is worth $350,000 but there is still about $400,000 owed against it.  The decision that needs to be made is whether to keep the property or not.  There are many reasons to keep a house.  There’s the fact that it’s a place to live,  there’s tax benefits, there may even be sentimental value.  But when making the decision as to whether it makes sense to keep it, the one thing that should not be factored in to the decision making process is the $80,000 down payment.  Why?  Because it’s gone.  It is sunk.  You can’t recover it.    Ahh, but the value of the property could rise, say some of you.   Very true, but whether the property rises in value or not has nothing to do with the $80,000 down payment that was already made.   More importantly, as set forth below, using sunk costs will alter the value you perceive your other reasons for holding onto the property are worth, potentially destroying the accuracy of your decision.

The decision on whether to keep the property–weighing all relevant costs and benefits–should not include the original down payment.

Look at a perhaps more common example.  You’re in Las Vegas sitting at your favorite slot machine that you know is going to pay off eventually.   So far you’ve plunked $500 worth of quarters into the one-armed bandit.  Your friend or loved one comes by and says “hey, it’s time to go–we have tickets for a show.”    You say, “I can’t leave now…I’m down $500 and if I leave now, I won’t be able to make it back up.”   Huh?  Do you see the fallacy in this reasoning?   First, the odds of winning do not change after each pull of the handle (or these days, push of a button).   Sorry to inform you, but that $500 is gone.   But more importantly, the decision on whether to continue playing should have nothing to do with that $500.   It should have to do with all the reasons one wants to gamble, such as hopes of winning, passing the time, getting “free” drinks, excitement, etc.  But the $500 isn’t part of it.  Not anymore–it’s gone.

Why is this important?  In a famous experiment¹ done in 1968 two researchers sampled bettors at a horse race track, those who had already bet on a particular race, and those who had yet to place their bets–but were just about to (in line) for the same dollar amount.  What they found was that those who had already placed their bets placed a much higher confidence level that their horse was going to win than those who had not yet (but were going to) place their bets.   This is very significant because it shows that we human beings have a tendency to compensate for losses in our minds and this can adversely impact the values we assign to things on which we base our future decisions.   Decisions should be made “at the margin” (another economic term) based on the current or anticipated costs and benefits.  Using sunk costs in that equation will tilt the results, sometimes substantially.

My bankruptcy clients have many decisions to make, both prior to and after filing bankruptcy.   They have to decide whether filing bankruptcy is their best option, or perhaps some alternative would be better, such as debt consolidation, creditor negotiations, etc.  After filing a bankruptcy, they may face many more decisions, such as whether it makes sense to keep their house, cars, or other assets.  When making those decision, the guidance of an experienced bankruptcy attorney is important, but you will go a long way if you eliminate sunk costs from your decision making process altogether.