When Should You File Bankruptcy? What Other Options Should Be Considered? 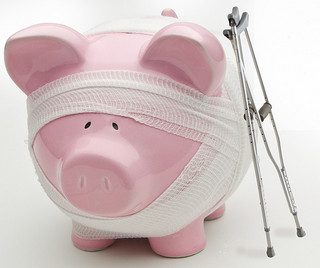 Bankruptcy cases should be filed when they are necessary and most beneficial; not necessarily as a last resort.

Today’s blog post is inspired by a recent pointed article written by Steve Rohde on The National Foundation for Credit Counseling (“NFCC”).

Mr. Rohde discussed the plight of Jim and Francine Bostick of Topeka, Kansas.  Jim has early stage dementia, the two have no realizable assets and a low fixed income.  Somehow the NFCC cajoled the Bosticks into doing a debt repayment plan and then announced to the world how proud they were of their accomplishment.  Others congratulated the Bosticks on their high ethics, but acknowledged that doing the repayment plan was both unnecessary and not in their best interests.

Bankruptcy was (if it was discussed at all) eliminated as an option even though it would have accomplished everything the Bosticks sought  in a fraction of the time (4 months) and at far less cost to them.

There is a pervasive stigma associated with bankruptcy in this country.    As I’ve written about before, many feel very guilty about considering bankruptcy, and that’s understandable.  One should pay their debts and honor their obligations.  If they can.  But how can taking advantage of a law be construed as unethical or immoral?    Do you feel guilty when you take a tax deduction for your mortgage interest payments?   As someone with an Economics background I understand that most things, including laws, are put into place for economic reasons.   It comes down to, as does nearly everything,  a cost-benefit analysis.   This does not simply mean dollars and cents.

The Economics of Bankruptcy

The purpose of our bankruptcy laws is to balance the needs of the parties filing bankruptcy (debtors) to get relief from their debts with the rights of those owed money (creditors) to get paid.  On the whole, the system is designed to benefit our entire society–not just the people who file bankruptcy.

The United States used to have debtor’s prisons.   The idea was pay your debts, or you go to jail.

However, those laws worked so poorly that debtor’s prisons were abolished in 1833.  Why?  Because it didn’t adequately serve societal interests.

Thus, our bankruptcy laws evolved–as do all laws–to promote a MACRO economic solution.  A solution that benefits society as a whole.  That obviously doesn’t mean that it directly helps those that are owed money by that particular debtor, but as a society we are better off.

Bankruptcy laws have all sorts of mechanisms built in to benefit creditors–far too many go into in this post–but rest assured if a debtor has sufficient income or assets to pay some or all of their debts, bankruptcy will require them to do so.  There are a lot of hurdles one must clear before obtaining a discharge in bankruptcy.

When Should a Bankruptcy Case Be Filed?

When should someone file a bankruptcy case?  Many say “only as a last resort”.   That’s nonsense.

A bankruptcy should be filed if and when the benefits of doing so, outweigh the costs to the party or parties filing the case.

Everyone’s costs and benefits are different.    Given the complexities of bankruptcy law and the number of factors to consider, it is critical to have a consultation with an experienced bankruptcy attorney before deciding both whether or not to file bankruptcy, but also if other options are a better solution.   (Bankruptcy law is VERY complex so be careful when choosing an attorney.  See the following link for help on what to look for when choosing a bankruptcy lawyer).

Here are just a few common benefits and costs associated with filing a bankruptcy, but there are many more and they vary from person to person:

Always Consider Bankruptcy–It May Be Your Best Solution!

When there are debt problems, bankruptcy should always be at least considered as an option.  And the only way to properly evaluate bankruptcy as an option is to have a comprehensive consultation with a qualified bankruptcy attorney in your area.

This article is not suggesting that debt consolidation, creditor negotiations,  or debt repayment plans should not be attempted.   They should be evaluated along with bankruptcy as possible solutions when doing a cost-benefit analysis for that person’s (or company’s) situation.

A competent and experienced bankruptcy attorney will never suggest bankruptcy for someone unless the bankruptcy is their best option.  But it is important that people with debt problems, just like Jim and Francine of Topeka, fully examine all available options before deciding on a solution.  Those options should almost always include bankruptcy.

The bankruptcy laws are here for a reason and you should use them when it is in your best interest to do so.