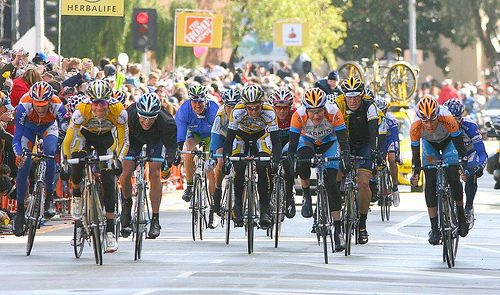 Many have read about the drug allegations against cycling legend Lance Armstrong and his consequent fall from grace.   He was already stripped of all of his Tour de France medals, and with the latest disclosures will likely lose whatever endorsement deals he had.   He may be able to rebuild his image over time, as Tiger Woods is attempting to do, but in the meantime he may have more debts to pay than his income will allow.   In short:  He could be financially insolvent.

Anyone Can Have a Change of Fortune

Why am I bringing up poor Lance?  Because negative things happen to all of us.  Sometimes they are within our control, sometimes not.  Most don’t plan for them.   But make no mistake about it:  Anyone can have a change of fortune and anyone can end up needing bankruptcy, from the poorest to richest (how many times has Donald Trump filed bankruptcy for his corporations and almost himself?).

Bankruptcy Laws Exist to Give a Fresh Start

Bankruptcy laws in this country exist for a reason.  On the whole, the laws are designed to benefit society as a whole by enabling people who would otherwise cease being productive members of society due to being overwhelmed with debt to start fresh and rebuild their lives.   As a bankruptcy attorney, I’m proud to be at the beginning of this rebuilding process.    Thanks to a lot of negative publicity paid for by large banks, credit card companies, etc., there is a stigma associated with filing bankruptcy.   There shouldn’t be.  And I don’t say that because I’m a bankruptcy attorney (which I am)  or a social liberal (which I’m not).  I say it because the law is there for you to use.   It would be like being able to take a tax deduction for your mortgage interest payments, but you decide not to because you for whatever reason don’t think it’s morally correct.

Poppycock.  Why should anyone feel guilty about taking advantage of a law that’s designed to help them as well as society as whole?   Doesn’t make sense.

I honestly have no idea whether Lance Armstrong, or Tiger Woods, or Donald Trump or Snookie, or your next door neighbor, or you will need to file a bankruptcy case.  But if the time comes where the option should be explored, you should do so with open arms, a clear conscience and a desire to move forward with your life.   Get on your bicycle and give it some thought.