R: Renting After Bankruptcy: Can it Be Done? 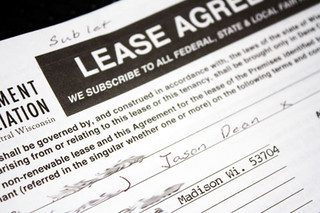 Will I Be Able To Rent After My Bankruptcy Case?

A former bankruptcy client (who successfully discharged her debts) informed me that she hasn’t been able to move because nobody will rent to her.   Since I have always told my clients that they shouldn’t have much difficulty renting after bankruptcy, I was concerned that maybe times had changed and there was a problem.

I told my client to try a few more places, and be persistent.

She still had no luck.  She was informed that the policy (at each place) was if there was a bankruptcy, they won’t rent to her.

Many Landlords Will Ignore a Prior Bankruptcy Filing

I then went and did a little fieldwork of my own, asking several landlords in various areas what their policy was.   While this was far from a scientific survey, about 80% told me that bankruptcy had no bearing at all on whether they would rent to a new tenant.

Of those, they said the criteria they used (in addition to the obvious income/expense analysis and references) was the credit score.   Most required a credit score above 600, with lower security deposit requirements the higher the score was.  The remaining 20% either had a strict “no bankruptcy” policy, or used bankruptcy as one of the factors they look at.

The bottom line is this:  There is no grand collusion or industry-wide scheme to prevent former bankrupt people from renting.   You may need to try different cities and lots of different landlords before you find one that works with your situation, but you will find them.

If at First You Don’t Succeed…..

There is a great deal of ignorance among landlords as far as bankruptcy goes, but you’re probably not going to succeed in educating them at this time, so your best tool is persistence.

Keep trying, you will find places that will rent to you!

This article is part of my bankruptcy alphabet series