Justice in Bankruptcy: What Does it Mean? 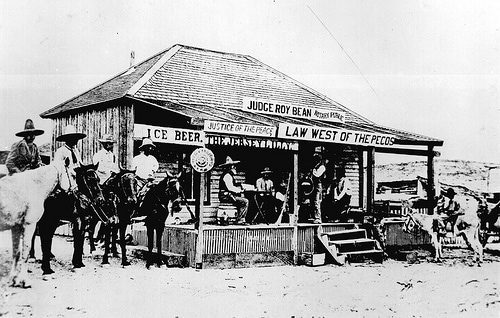 What Is Justice In Bankruptcy?

Justice in America has taken different paths over time.

In the days of  Justice of the Peace Roy Bean (portrayed by the late, great Paul Newman), wild west justice was often harsh, decisive and often at the whim of the sheriff or judge serving it up.

Justice is one of those words that gets different definitions from different people.  One person’s justice, is another person’s crime.

In bankruptcy court, justice takes the form of a balancing of competing interests.   Bankruptcy courts are “courts of equity”, which means that they are not designed to merely determine if someone has followed the law or violated it; their purpose is to issue orders to achieve a desired result.

In bankruptcy, this purpose is to balance the needs of the debtor (filing the bankruptcy case) to get a fresh start and eliminate the obligation to repay certain debts,  with the rights of the creditors (those owed money) to get paid.   The Bankruptcy Code is designed to achieve this result “simply” by analyzing the ability of the debtor to repay his/her/its debts, and the so-called “means test” introduced in 2005 supplemented this goal.

To further these goals, for example, the  bankruptcy laws allow a bankruptcy trustee to sue creditors who have received payments from the bankrupt debtor within a certain period prior to the bankruptcy case being filed (90 days for regular creditors, and 12 months for relatives and insiders) to recover those funds as being “preferential” and they are then paid back to all creditors pro rata for a more equitable distribution.

There are many other ways in which the bankruptcy laws try to achieve this balance, and bankruptcy judges are called upon to make decisions in interpreting the laws that try to maintain this delicate balance because, on the whole, the bankruptcy laws benefit us all as a society.

They give “honest, but unfortunate” debtors the fresh start in bankruptcy they need so they can return to being productive members of society (or businesses the chance to reorganize their debts to return to profitability), but also try to maximize the amount creditors will receive.

Does this meet with your definitions of justice?     The bankruptcy laws are evolving even today, but overall I think justice is served.

This article is part of my bankruptcy alphabet series.