I: is for Insiders in bankruptcy 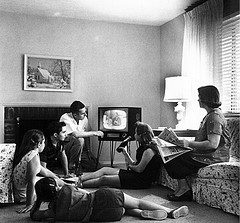 This could happen to you:

You’re sitting around watching the Lakers get beat again or just enjoying a good book when the mail comes, and inside it is a lawsuit from a bankruptcy trustee of your nephew, who recently filed a bankruptcy case, seeking to recover from you the $5,000 your nephew repaid you ten months ago.

You think you’re being treated unfairly, but after you speak to a few bankruptcy attorneys, you will realize that by being a relative of the debtor who filed bankruptcy, you have a problem!

Insiders are treated differently than others in a bankruptcy context, a lesson many learn the hard way.

There are many ways in which insiders are treated differently than others in bankruptcy.   This article will not attempt to list all of them, but will focus on repayments by the debtor (preferential transfers) .

What or Who is an Insider?

Insiders are those with a close enough relationship to the debtor (person who filed the bankruptcy case) so that the laws make certain actions different with respect to these individuals or entities than with others.

Per the statutory definition set forth in 11 U.S.C. 101(31), an insider INCLUDES the following:

(A) if the debtor is an individual–

(B) If the debtor is a corporation, insiders include–

(C) Partnership debtors have similar definitions for its insiders.

It is important to note that the above list is not exclusive, meaning that a court can determine others to be insiders even though they do not meet the definitions of the above listed parties.

¹ Relatives include all the way down to great grandchildren of the debtor, or cousins and others within the third degree of affinity or consanguinity, including step or adoptive relationships

The Downside to Being Inside

One of the ways insiders are treated differently is with respect to transfers made by the debtor prior to filing a bankruptcy case.

In particular, with respect to a preferential transfer (essentially repaying a debt that entitles the creditor to receive more than they otherwise would have in a Chapter 7 case), the time period for the transfer is only 90 days for most parties.  Thus, if a debtor repays an “ordinary” creditor within 90 days prior to filing a bankruptcy case and meets the other requirements for a preferential transfer, the Trustee in a Chapter 7 case can sue that creditor to recover the amount transferred.

However, for an INSIDER, the period is ONE YEAR prior to filing the bankruptcy case!

Thus, if you are an individual and repay a relative money within one year prior to filing a bankruptcy case, the relative can be sued to recover that amount.

This can be a big surprise, but one that is quite common since for some reason, many people who file bankruptcy think they are being smart by repaying their family members first before filing bankruptcy.   Unless you want to wait more than one year after repaying them, you are putting them at risk.   There are other types of transfers which can be recovered if they occur several years prior to filing a bankruptcy case.