D: Discharge of Debts in Bankruptcy 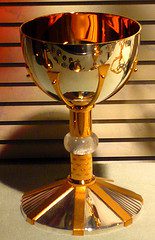 For the letter “D” in the bankruptcy alphabet, I write about the Discharge of Debts.   For most bankruptcy cases, the discharge of debts is the primary reason for filing the bankruptcy.  It is the holy grail of bankruptcy (although not quite as difficult to attain).

What is a Discharge In Bankruptcy?

Most people think that the discharge is the elimination of debts.  Most attorneys advertise this way and I myself, in order to communicate with my clients, will use similar terminology or phrases.   However, in truth, the bankruptcy discharge does not eliminate debts.   It eliminates the obligation to repay the debt or, to be even more accurate, it legally prevents (enjoins) the creditor from taking any action to collect on the debt.

11 U.S.C. §524 imposes a permanent federal injunction against the collection of any debt that is discharged in bankruptcy.   That’s pretty powerful stuff.

The distinction of a debt still existing, but not being enforceable, is not that significant in most cases, but it has ramifications for the creditor’s taxes, and there are other reasons for the legal nuance.

Not All Debts Are Dischargeable

Of course, not all debts are dischargeable.    Here are a few of the most common debts not dischargeable in bankruptcy.  These are all set forth in section 523 of the Bankruptcy Code:

Some of the above debts are only non-dischargeable if the creditor files an objection to discharge within specific time frames during the bankruptcy case (such as debts incurred by fraud).   Others, such as student loans, are not discharged unless the DEBTOR brings an action determining them TO be discharged.  Others still, such as child support or alimony, are simply not dischargeable at all.    Tricky, huh?  That’s why God invented bankruptcy attorneys.

Ultimately, if you receive a discharge of a debt, you no longer have to worry about repaying that obligation. Discuss with your attorney whether your debts were discharged.

And just to get rid of a pet peeve of mine:  a Discharge is NOT the same thing as a dismissal.  People are always confusing these terms.  In bankruptcy, dismissal means dismissal of the bankruptcy case.   If your case is dismissed, you did NOT get a discharge of debts.

This has been the letter “D” of the bankruptcy alphabet.

This article is part of my bankruptcy alphabet series