How Do I Know Which Debts Were Discharged In Bankruptcy? 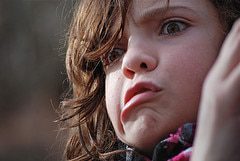 How Do You Know Which Bankruptcy Debts Were Discharged?

You’ve done all the paperwork, attended all the meetings, and hopefully followed your attorney’s advice and you get to the promised land in a bankruptcy case–the date your discharge is granted.

All your debts are all gone, right?

When the discharge is entered in a bankruptcy case (for purposes of this article, I am referring to Chapter 7 or Chapter 13 cases; Chapter 11 is somewhat different) the only document that is sent out by the court is a 2-page document  that generically states that “the debtor is granted a discharge”.  The second page lists, again generically, which types of debts are usually discharged, and which are not, but does not specify which debts in this case are discharged.

Figuring Out Which Debts Are Discharged

The reason it does not state which debts are discharged is that it is simply impossible.

The bankruptcy code provides numerous exceptions to which debts are discharged.   These exceptions are codified in section 523 of the Bankruptcy Code.

Some of these exceptions, such as debts incurred through fraud, require the creditor to actively object  within a very specific time frame and then prevail at trial, in order for the debts to not be discharged.  But many others are automatically not discharged if certain (and in many cases very complicated) conditions are met, and those conditions frequently have many exceptions of their own.  [pullquote]More On Which Debts Are Discharged In Bankruptcy[/pullquote]

A good example of this is tax obligations.   For a quick look at how income tax dischargeability is determined, my taxes in bankruptcy page might be helpful.

A lot of the criteria for determining whether a debt is discharged is subject to argument and can only be decided by a Judge if brought in front of the judge by one of the parties specifically.  Without that, the best the court can do is issue a general discharge that applies to all those debts which do not have a specific exception from discharge in the bankruptcy code.

The bottom line is that most debts, such as credit card, medical, repossession and foreclosure deficiencies,  are in fact discharged.   But you need an experienced bankruptcy attorney to really analyze your facts, preferably before you filed your case,  to let you know which debts might not have been discharged (yet another reason to have a bankruptcy attorney for your case–see more on why you need an attorney in a bankruptcy case).  Ultimately, if there is a dispute, it will need to be decided by a Judge at trial.