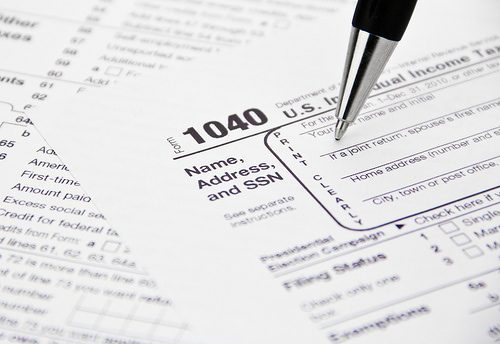 Is a Form 1099 from a Creditor After My Bankruptcy Case Considered Taxable Income?

A very important question I’m often asked every year by my clients is:  What effect does their bankruptcy have on their income taxes?

Or,  whether or not debts discharged (forgiven) in a bankruptcy case must be included as income on federal or state income tax returns.

This often arises when a client receives a Form 1099 statement from a creditor after their discharge in bankruptcy has been granted.    Creditors send 1099 statements when they are required to, but this does not necessarily mean that the amount on the 1099 form must be included in the taxpayer’s gross income for that year.

In general, outside of bankruptcy, if a creditor forgives a debt that is owed by you, then that may need to be included in income.   However,  there is an exception to this rule pursuant to Internal Revenue Code section 108 which provides that  debts “forgiven” (i.e. discharged) in a bankruptcy case do NOT need to be included as income for forgiveness of debt.

However, even though the discharged debts are not part of a debtor’s gross income, the amount discharged can be required to reduce any tax attributes that the debtor/taxpayer may have, such as net operating losses, capital loss carryforwards, basis reductions and others.  It is important to discuss these issues with your accountant, preferably before filing bankruptcy, but certainly after.

The correct way to ensure that you do not have to pay taxes on any debt “forgiven” in bankruptcy, and properly allocate any tax attributes, is to file IRS Form 982 for the tax year in which you received your bankruptcy discharge.  See IRS Publication 4681 (PDF) for detailed information explaining all the above.   Many people and even accountants are unaware of this form and the importance of filing it.   Be proactive and mention it to your accountant before filing your returns (or, file it as an amendment to your return).