Are Private Student Loans Dischargeable in Bankruptcy? Different than Federal? 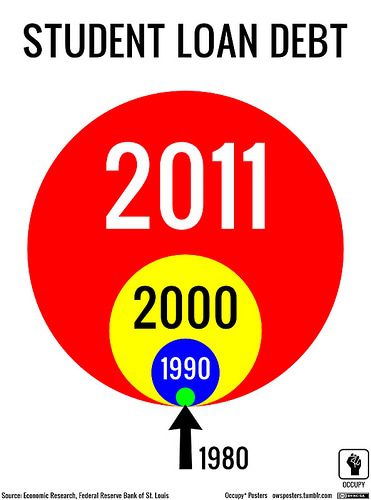 My question of the week comes from a client who wanted to know if private student loans he owed on were discharged in a bankruptcy case he filed in 2002.

Private Student Loans Are Treated No Differently Than Federal:  Not Dischargeable In Bankruptcy

Private student loans are subject to the same discharge requirements as federal loans.  At present, the only way to discharge them is to prove, after a trial,  “undue hardship” as that term is interpreted by the courts in whatever district the case is filed in.

It is a difficult standard to meet, and the vast majority of student loan debts are not dischargeable.

For bankruptcy cases filed PRIOR TO October 17, 2005, if the PROGRAM under which a student loan was issued, insured, administered was a FOR-profit, PRIVATE (non-government) entity, the loan/debt may have been discharged. However, if the program itself, such as LAL, GSL, etc. received nonprofit funding by participation of nonprofit entities, the loan is not dischargeable in bankruptcy. [pullquote]More On Undue Hardship and Student Loan Discharge [/pullquote]

For cases filed prior to October 7, 1998, student loans were dischargeable if they were in repayment status for a certain period of time.