How Student Loans Are Treated In Chapter 13 Cases | Debt Limits And Budget. 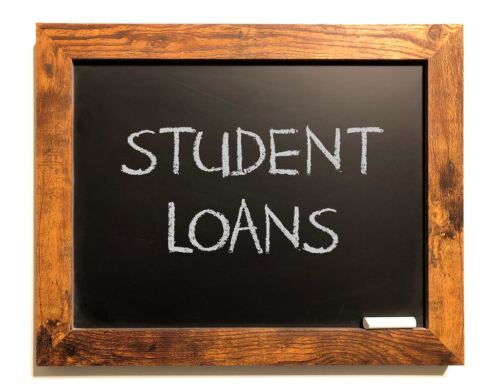 Student loan debt, as with ANY debt, does get counted towards the debt limits for Chapter 13 under 11 USC 109(e).

A client asked me this question thinking that because student loans were non-dischargeable perhaps that affected whether the debt applies to the Chapter 13 debt limits.

The only way the student loan (or any) debt would not count towards the unsecured debt limit in a Chapter 13 is if one of the following occurred:

Meaning, they are not secured by collateral or a lien against some property.[pullquote]More information on Student Loans in Bankruptcy[/pullquote]

In Chapter 13 cases, debtors must pay a certain percentage to unsecured creditors, depending on several factors, including:

Since student loans are generally not dischargeable in bankruptcy, they present a bit of a problem in Chapter 13 cases.

Courts generally do not allow the student loan payment expense as part of their budget, because it is not a necessary living expense.

Chapter 13 Trustees are required to pay creditors that file claims in the case, in whatever percentage for which the plan is approved.

If the student loan creditor files a claim, then they will be paid by the Trustee.  In whatever percentage the approved plan provides.

Thus, in many cases, one will pay less to the student loans during the bankruptcy.

This is usually not a problem, but it does delay paying off the student loan.

After the Chapter 13 is completed, the balance will still be owed on the non-discharged student loan debt.

Where this is a problem is where only one of two spouses files the Chapter 13, and the other spouse owes the student loan debt and wants to maintain the payments.

In California, a community property state, both spouses’ debts get included in the bankruptcy, as well as the income and expenses of both spouses.

But the non-filing spouse cannot use the student loan payment as an expense, right?

Well, it depends on the Trustee and Judge in the case.  I have successfully accomplished this for several clients where the initial budget (without the student loans) showed an ability to pay of $1,000 per month.   But the non-filing spouse had student loan payments of $600 per month.  I was able to convince the court to allow the nonfiling spouse’s student loan expense in the budget so they could continue paying on their loan during the Chapter 13 case.

But it is a tricky situation to be sure.

“Student Loans” by Got Credit is licensed under CC BY 2.0