Bank Account Funds Can Be Frozen When Bankruptcy Filed in CA 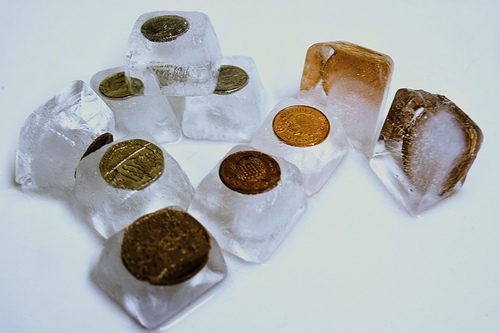 Within the past couple of years, a couple of banks have started freezing the funds in the deposit accounts of debtors when they file a Chapter 7 bankruptcy case.

To my knowledge, the only two banks that are doing this are Wells Fargo Bank and Union Bank.   They do this regardless of whether they are owed money by the debtors.

This has resulted in a great deal of confusion among clients, as well as unsuspecting bankruptcy attorneys who fail to advise their clients of this possibility.

Why can these banks freeze the funds in their accounts?  Well, it’s a rather complicated legal analysis, but here is the basic explanation:

When a Chapter 7 bankruptcy case is filed, EVERYTHING the debtor owns or has an interest in becomes property of the Chapter 7 Trustee.  That includes everything from your house to your underwear to money in your bank accounts.

The Trustee has a duty to liquidate any assets that are not protected by a bankruptcy related exemption.

What Wells Fargo and Union Bank are supposedly doing is protecting (acting as a custodian for) the money that is in their bank accounts on the day the bankruptcy case is filed for the benefit of the Trustee until the Trustee decides to either take the money and pay it out to the creditors  (if it’s not exempt) or, more likely, “abandon” (return) the funds back to the debtor.

Amount Frozen in Bankruptcy is Limited and Temporary

This only applies to the exact funds in the account on the date the bankruptcy case is filed.

It does not apply to funds deposited subsequently, but obviously this can be a major inconvenience if there’s a large amount in the bank account that gets frozen.   It can take anywhere from several days to several weeks to get the Trustee to authorize the banks to “unfreeze” the accounts, and sometimes it even requires a motion to be filed with the court to have the Judge order it.

If the funds are exempt, they will eventually be released, but those banks will freeze the funds.

An unrelated but similar problem can result if you owe money to the banks in which you have your money deposited.

In that circumstance, the banks can actually TAKE the funds in your accounts to satisfy the debts to them if you are delinquent on the payments.   This is called a “setoff” and only occurs before a bankruptcy case is filed, so it’s not really a bankruptcy issue.

California Bankruptcy Attorney Advises on How To Protect Accounts

In my practice I routinely advise my Chapter 7 clients how to legally protect their money on deposit in their bank accounts. It is important to know what to do before you file bankruptcy to make the bankruptcy process go as smoothly as possible and maximize protection of your assets. You have to be careful, however, because doing things like moving funds to a different bank account has been found to be a fraudulent transfer by some bankruptcy courts. Be sure to consult with a bankruptcy lawyer with experience in your area to protect yourself.